Thomas Collin (1802-1885) and his wife Frances (nee Broughton) moved from Willoughby to Brandon in the early 1830s.  In the late 1840s they moved to Loveden House where they farmed for many years.  They had at least 10 children:

Foster initially moved to Balderton.  He died at Gonerby Moor in 1891.

Mary Ann married John Glossop in 1859.  In 1861 they were at Littlegate Farm, next to Mary Ann’s brother William Collin. They later moved to Gelston.

Frances married John Squires, son of William and Mary Squires in 1867 and they settled at Gelston Grange. When John died in 1907 their son Henry Squires took over Gelston Grange and continued there until at least the 1930s.

William married Mary Pratt at Hough in 1856.  They farmed at Littlegate, nr Dry Doddington until his death in 1892.  Their children were:

Thomas Collin was born 1864 at Littlegate Farm.  In 1905 he was living at Gelston Manor when he married Florence Marian Milington at Dry Doddington.  She was the eldest daughter of Robert Millington of the Wheatsheaf Inn.

He took over Gorse Farm, Stubton  until about 1915 when he built The Bungalow in Dry Doddington and ran a smallholding. He was also an engineer for a while and travelled to Africa a number of times on behalf of a Yorkshire firm.  Their children were:

Charles was bought up by his grandparents John Pepper and Anne Collin (nee Birch) at Claypole Watermill, where John was an agricultural labourer working for Mr Arnold.

The grandfather drowned in the River Witham in 1906 (see press clipping).  His grandmother moved to Barnby Lane where she received Charles’ medals in 1922; she died the following year.

In 1911 Charles was still living at the Watermill, but staying with Fred & Elizabeth Bellamy and working as a farm waggoner (Fred was the farm bailiff).

In 1917 Charles was a private in 2nd Battalion, Lincolnshire Regiment when he was killed in action on 14th August during the 3rd Ypres (Passchendale) campaign 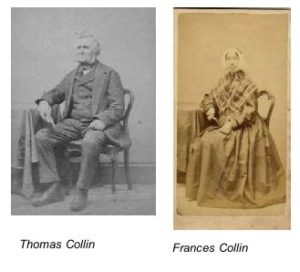 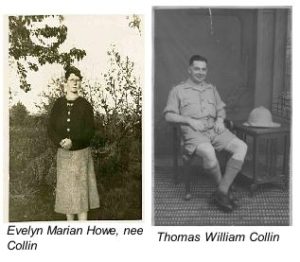