Herbert William Whiteley Bird was born in Harrowby in 1895.  By 1901 his parents, George and Emma Whiteley Bird had moved to Marston.   George was a horseman (born Anwick), Emma was born in Barkston.  By 1911 Herbert (aged 15 and known as Willie) was working on a farm.

Herbert joined 1st Battalion, Lincolnshire Regiment in April 1916 (listed as Private H W W Bird, although he’d be christened Whitely Bird).  He went to France in July 1916 and in September (Battle of the Somme) was wounded in the right thigh and spent some time in an Australian hospital before being sent to a hospital in Glasgow.  In March 1917 he was discharged and had 10 days leave in Marston before reporting for duty in Grimsby.  He returned to the front in Jun 1917.  On 22 Aug (Battle of Paschendale) he was shot in the head and sent to 2nd Canadian hospital.

During his 2½ years of service he was also gassed and had fever.  On 8 Oct 1918 he was killed during the Battle of Cambrai.  According to the Grantham Journal he was wounded by a shell during the attack on Warlincourt and buried there, but this seems unlikely as Warlincourt is some way from Cambrai.  According to the Commonwealth War Graves Commission he was buried at Naves, to the North East of Cambrai 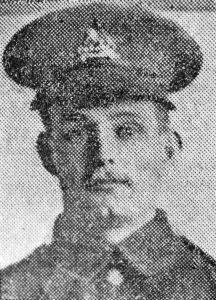 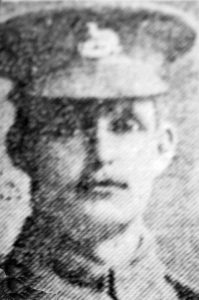