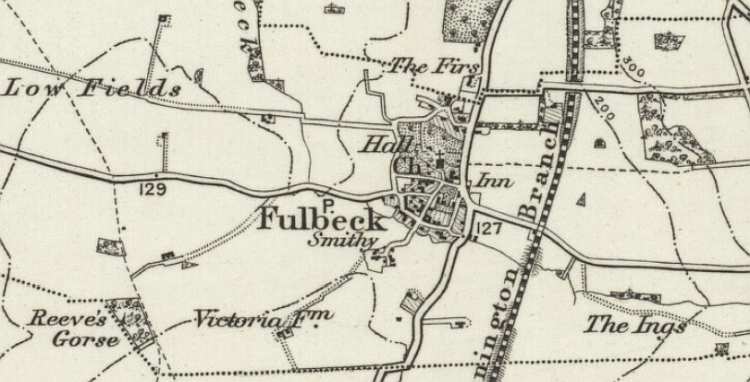 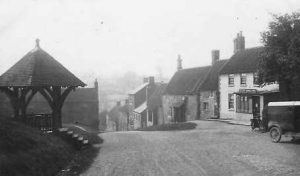 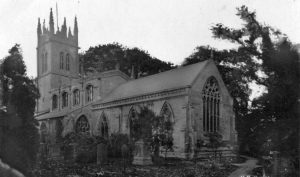 In 1919 Florence Ann Jackson from Fulbeck was 18 and working as a domestic servant in Welbourn.  On 31st May she was spending the weekend with her mother at No.35 Fane’s Cottages, Fulbeck.

She had been walking out with George Rowland from Grantham for 4 or 5 months and spent the evening with him at the Caythorpe Feast.  They left at about 10pm to walk back to Fulbeck.  At the edge of the village they left the main road and went down the lane leading to Brickyard House (the footpath to Sudthorpe).

At around 10.30pm Rowland waved down a cyclist at ‘Gascoyne’s Gate’ (at the entrance to the Brickyard House lane).  He told the cyclist “Eh, chummy stop. Fetch a motor car from the top”.  Rowland was bleeding from the throat, and nearby lay the body of Florence with a gash in her throat; in her right hand she had an open razor

Rowland told another passer-by “A girl has cut my throat and then cut her own”. To another he beckoned “Come and look at what I have done”.  Soon afterwards Florence’s sister, Laura, who had also been at the Feast, arrived on the scene, to whom Rowland said “I’ve killed your Flo, another man wanted her. I have tried to kill myself but could not”.

Dr Hardy and Florence’s mother were called from the village, and the doctor stitched Rowland’s wound. Rowland told the mother “I’ve killed my darling”. She then attacked him, but was restrained, complaining at the inquest “They would not let me kill him”. On the arrival of a police constable, Rowland was taken to Sleaford Police Station.

At his trial at Lincoln Assizes it transpired that Florence gone in a swingboat with another man (Knight) at the Caythorpe Feast and the two men had later met in the Red Lion.  The defence submitted a plea of insanity, but this was not accepted, with the judge commenting that he believed that Rowland was well aware of what he had done and had placed the razor in Florence’s hand after killing her. Rowland was sentenced to death and a date fixed for his execution, but this was later commuted to penal servitude for life.

George Richard Rowland was born in New Street, Grantham in 1890.   In 1905 he was 14 and working for a hawker (Percy Harris) when their horse-drawn van was hit by a car on the Great North Road.  They were both injured and the horse had to be put down. By 1911 he was an apprentice maltster.

George had 2 sisters and 4 brothers.  A younger brother (Disraeli) died aged 19 in 1913 and two of his other brothers died during the Great War.  George served with the Lincolnshire Regiment from April 1915 and was wounded and gassed in France. He was discharged from the Army in Feb 1918 and became a foundry labourer at Ruston and Hornsby in Grantham.  At the time of his murder conviction he was 29. From the contemporary newspaper reports it appears he may been suffering from what we now call post-traumatic stress. 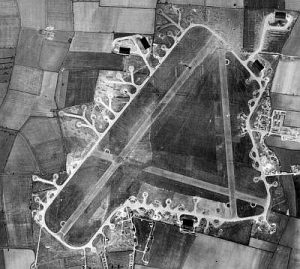 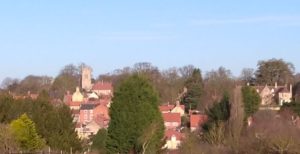